Where has the summer gone?  Before we know it, the leaves will be turning and the nights will be colder, but the visitors will still be coming to the Museum for a while.

This has been an amazing year and even though Autumn starts in a few days, we still have several weeks left of welcoming our visitors to the Museum.  So far, we have been open every day that we advertised (and also a few days when we were supposed to be closed).  Our guests seem to really enjoy the museum and share our excitement for our planned expansions.

Of course, this is all possible because of you, the volunteer, who ensures all the work gets done and every visitor has a welcoming smile awaiting them when they walk through that screen door. 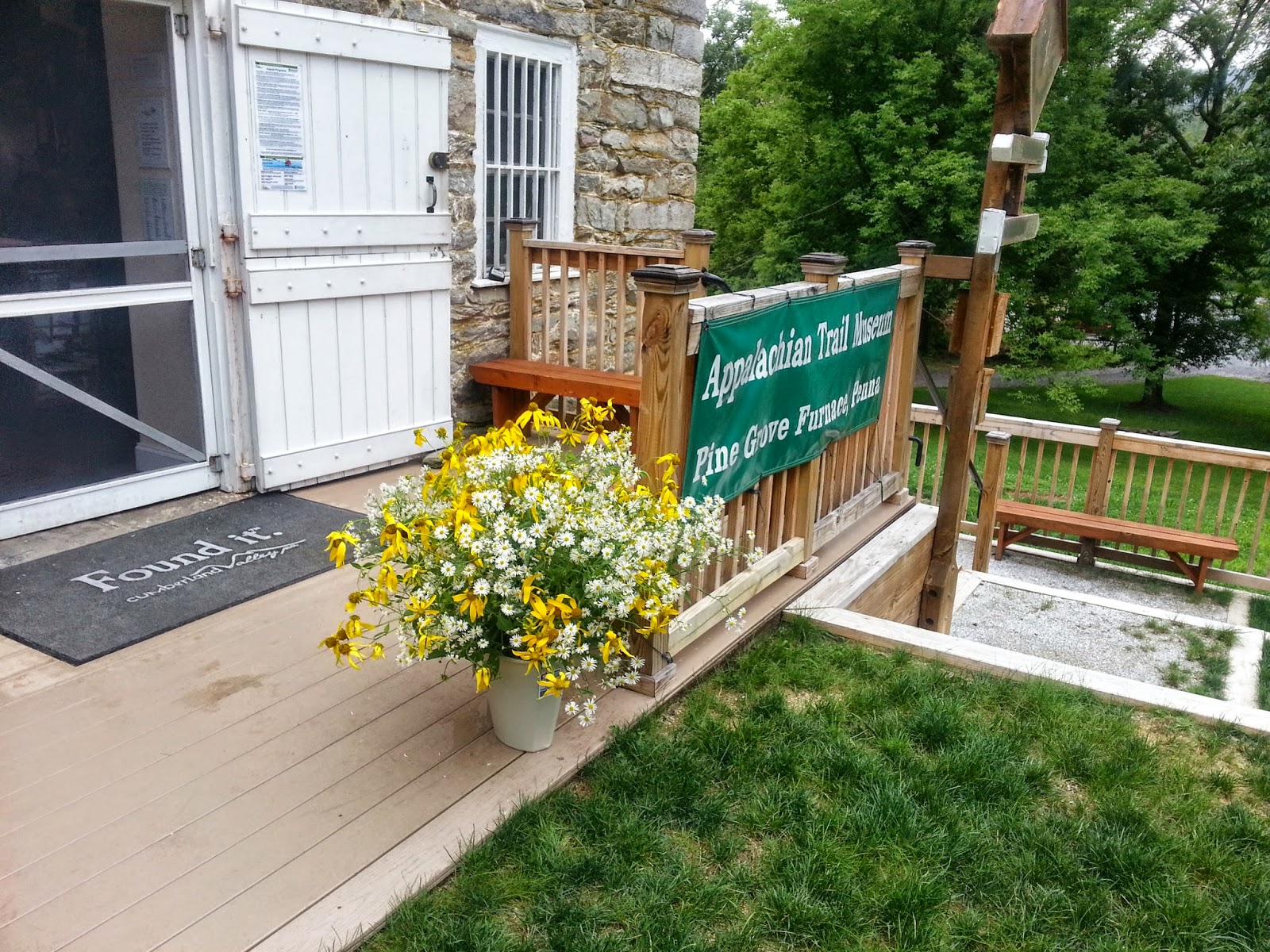 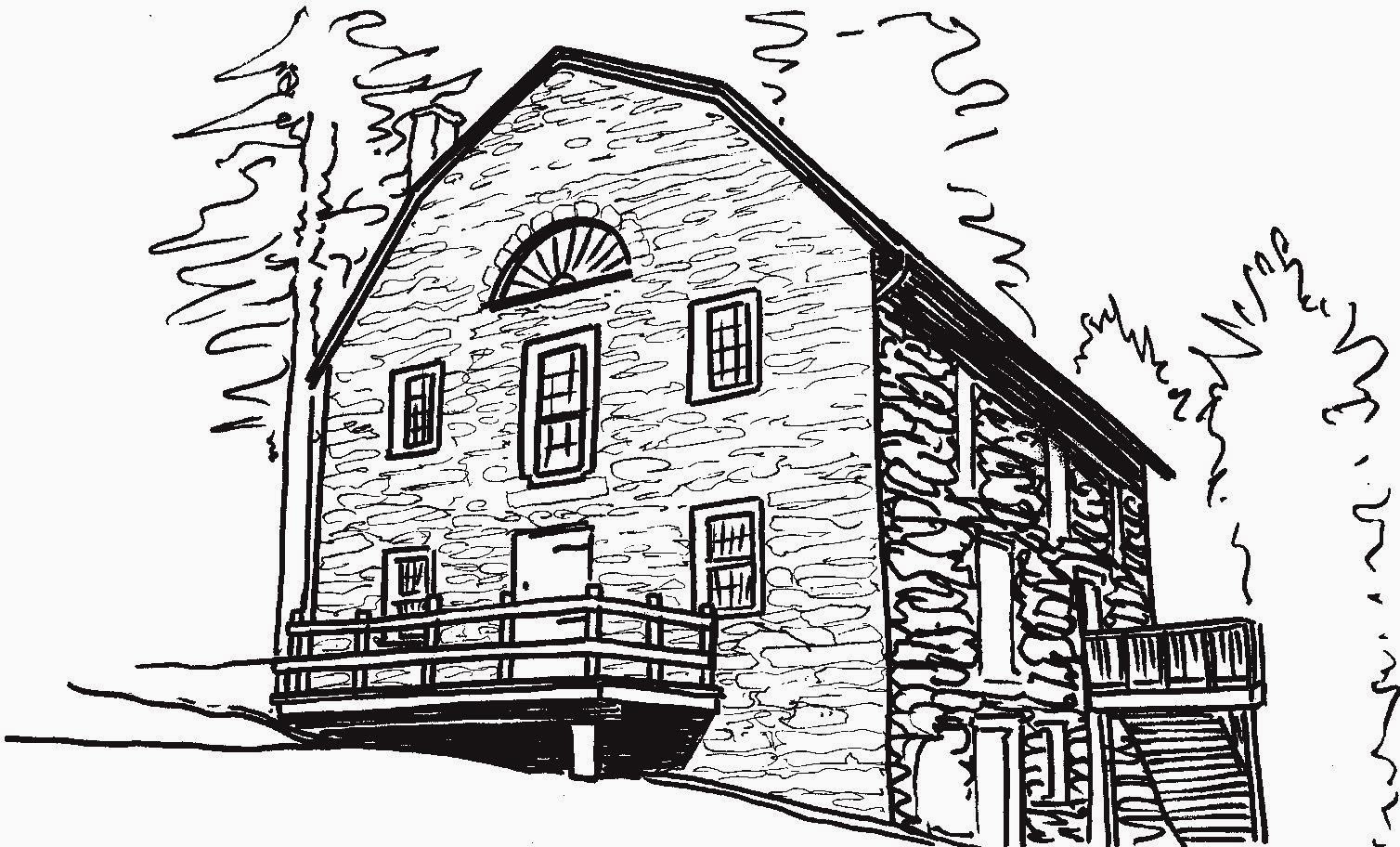 
New Sticker at the Museum

We have had a lot of visitors ask about stickers at the museum, so I thought I would add another to the one we already sell.  These oval stickers are very popular everywhere, so it was an easy job to get some made to add to our retail offerings. 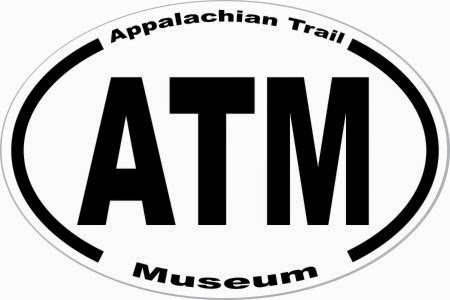 
Docent Stories: Phys Ed and the AT

Once again we have a great story from one of our Docents, Ed "Phys Ed" Riggs.  Truly inspiring.

The trail will provide. This was my mantra for my Appalachian Trail thru-hike, which I completed on August 21. Actually, it took me two years to complete all 2,185 miles of the AT due to a heart issue. I had an arrhythmia, which kicked in occasionally when I would exert myself going uphill. The cumulative effect of the hills, the heat, the miles, and my condition combined to make the problem a daily one, and that was too much for me to handle. As a result, I was forced off the trail in Greenwood Lake, NY in late June of 2013. While my emotional heart and spirit were willing, my physical heart simply would not allow me to continue. So, I went to the doctor, and I got it fixed! I returned to the trail in mid-June of this year, and completed the trek to Katahdin. I guess one could either say that I am a thru-hiker who took 344 consecutive zeros, or I did two LASHs (long assed section hikes!). However you look at it, I did finish, and I am glad about that!

When I had to come off the trail in 2013, I was devastated. I was one of those hikers who swore that nothing was going to keep me from finishing in one straight thru-hike. It was difficult for me to come home and face people, and it was difficult to really get back into life as I had known it in the regular world. It was also hard to accept the fact that my body had failed me. Although I had a good reason to stop my hike, deep down I felt as if I was weak, and that I had let people down.

But I then found out about the AT Museum! That sounded good to me – all Appalachian Trail, all the time! So I signed up and started volunteering last fall. Amazingly, I started to feel better and slowly came out of my self-inflicted funk. As I started to prepare for my re-start this past spring, I looked forward to the days when I would be working at the museum. I loved talking with the NOBOs as they stopped by the museum. Many came into the museum to relax while their ice cream settled, but all had the common bond of what they were going through on the trail. And that is something that I could relate to with them. As I spoke to thru-hikers this past May, I told many of them of my plan to get back out there and finish. And I told them that I wouldn’t be surprised if I saw them again in a month or so.

As it turned out, I saw five people out on the trail that I had met at the museum in May! All remembered me, and all I hiked with for at least some time. None of them treated me any differently because I was taking two years. All of them were glad to see me. And all of them remarked how special the AT Museum is. They were envious that I lived close enough to the trail to make it a regular part of my life, and that is something that I am grateful for as well.

The trail will provide. I have countless stories about times during my hike where things were not going as planned. Whether it was me trying to get into town, getting split up from a particular hiking group, or having physical issues, I always found that somehow, things would just work out. I felt that I was being watched over and taken care of. That is trail magic in the most spiritual sense. And the lesson I learned of just staying calm and taking it easy because things will work out, has become a very real part of my life. Stay calm and hike on!


Commuting to and from the AT

A short time ago, Jeffrey "Snailpace" Philbrick sent us a press release of his new series of books dubbed the Appalachian Trail Transit Guide.  These handy guides help hikers find their way to and from the trail using public transportation.  It is very comprehensive and full of practical information.  You can check out the guides on the smashwords site.
____________________________________________


Landscaping at the Museum

If you have ever helped with cutting the lawn at the Museum, you might have had fun cutting the grass behind the benches next to the road where an old stone wall and some stumps sit on a steep incline.  After conferring with our Master Gardener, TGIF, we decided to put some mulch in that area in preparation for some native grasses to be planted.  We had a load of mulch dumped near the site and after some "treatment", I spread a lot of the mulch (both cardboard and wood) in the area to get it ready for the grass plugs.  It was a lot of hard work, but also very rewarding.

Ron and his crew have done a few more work days and here is a quick pic of how it is coming along.  Looking good.

Posted by EarthTone LoGear at 5:20 PM