The museum has been quieter during the week, but we are still seeing some south bounders and plenty of section hikers. Come check out the flowers in full bloom.

Thanks to Georgia and Margy for the flowers! 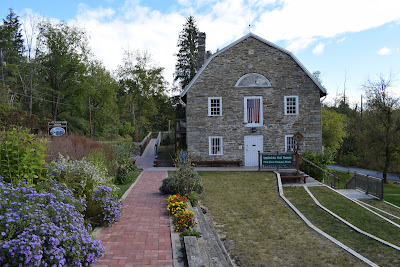 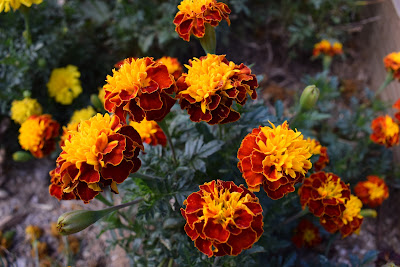 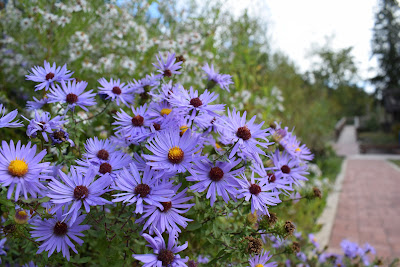 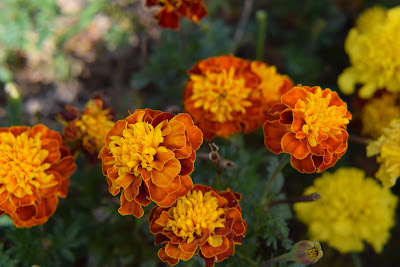 *In other news, the museum and trail have been publicized in the October 2017 Susquehanna Style magazine. The author, Karen Hendricks, set up the interview and has done an excellent job of writing about our museum and how we are inspiring people to hit the trail. 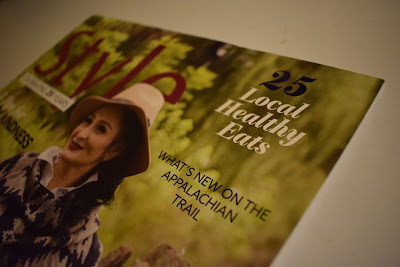 ALDHA Gathering
On October, 6th - 8th, the museum will be represented at the Gathering in Abingdon, Virginia. At the Gathering, we intend to have a benefit sale of any used but good hiking gear that a hiker might need. If you are interested in donating any items but can not make it to the Gathering we will gladly take your donation at the museum as long as we receive it no later than Thursday, October 5th at closing time(4pm).

Renovations
Ron and the crew are at it again! The second-floor bathroom has been insulated with soundproofing and the floor has been replaced with cement board. Also, tables and desks have been moved out of the second floor to make space for work and exhibits. On the third floor, the bookshelves have been covered with their second coat of finish. The railing has also been raised around the stairs leading from the second to the first floor. Thanks for all your help!!!

Scout 551 Volunteer Work
On Saturday, September 23rd, scout troop 551 from the King of Prussia area decided to do a hike to Pole Steeple and completed a service project for the museum. Not only did they place pavers in the landing between the set of stairs between our main floor and our lower level, but they also mowed the lawn, weeded around trees, organized wood piles, and cut up some firewood. A big thank you to all the scouts and adults that helped! I also want to thank Barry Flicker for organizing this and Ed Riggs for helping set up in the morning. 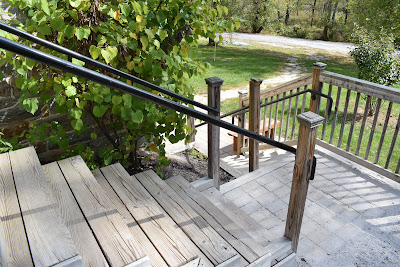 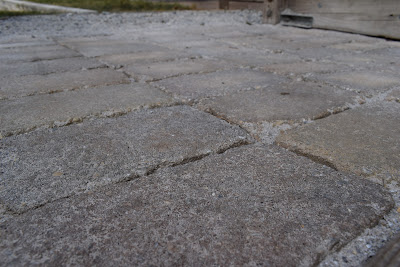 Fall Furnace Festival
October 21st & 22nd the museum will need a volunteer or two to operate the information table that we set up beside the park people.  We will be setting up an information booth/tent next to the Pine Grove Furnace State Park booth. Not only will this be helpful to attract guests to the museum, but it will also be a great opportunity to connect with the park staff next door. If more than two are interested or you want to cover half the shift just leave a comment and we'll make it work. Here is the link to signup: PGFSPFFF 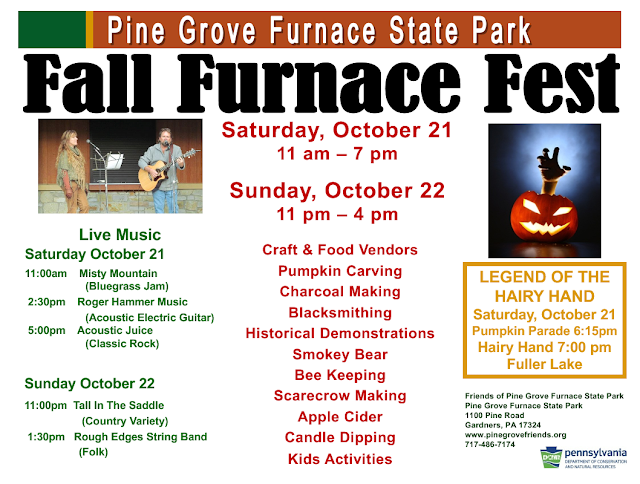 Volunteer Recognition Dinner
The volunteer recognition dinner has been scheduled for November 5th at the Iron Masters Mansion. The time is set for 1:00pm to 3:00pm. This again will be set up as a potluck. I hope that most of you can make it out. You all have really been a blessing sent from heaven. I can't say thanks enough! I have more to say but will save it for my speech. ☺ 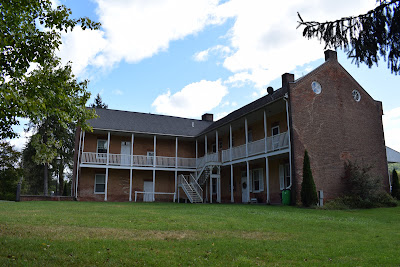 Angry Bird Trail Stories
On 6/3/2012, I spent the night in my hammock on Little Boardman Mountain. As soon as I started hiking it began to rain. After hiking 28 miles the day before I had no clue that I would be only hiking 14.3 today.

Early in the day when I was at the east branch lean-to, I ran into Tweedle Dee and Tweedle Dum, the two who got to the 1-mile marker near Katahdin and said, "This is close enough, let's start from here." They also had two other friends with them who already left the trail. The heavy unnecessary equipment that they had was then given to these two who stayed on to hike. These two were not aware of the trail names that they were given and would not have approved.

After briefly talking and eating breakfast I hiked on. Ascending White Cap Mountain was cold and windy. Then I encountered hail and sideways rain near the top. As I was hiking I noticed multiple trails caused by the flooding... So I picked a trail and kept going. Then I picked another, and another until I was off trail far enough that I wouldn't see another blaze between noon and dusk. I was determined to hike but didn't know which way. At one point I even sat down on a rock and thought, "Well I guess this is it." Then just before dark I came out of the woods perpendicular to the trail and found a sign that read, "↢Shelter 1.5 miles." I had only made up about four trail miles in all that time of hiking through the woods. Seeing this sign was one of the most comforting moments for me on the trail but it was also the longest mile and a half that I had ever walked.

As I settled in at the shelter I realized I would be spending the night with some questionable people. My can of mace was on standby... (To Be Continued)